Skip to content
March 18, 2011 Christina
I finished up a pretty darn good scene the other night. I love it. Every bit of it from beginning to end. But now I’m wondering what in the world my heroine is going to do next. I know who she is and I know how she’d act in most given situations but I need her to end up in a bad place. A place where the hero needs to ride in and rescue her, after of course he realizes that she needs rescuing. But she’s not one to allow herself to get into the kind of trouble I need her to get into so I have to up the anty a little, give her a reason to go quietly and not kickin’ and screamin’.

So my gun toting heroine has to some how allow herself to get kidnapped, but why would she?

Because she doesn’t have her pistol? No. I don’t think that would stop her from putting up a fight.

Because she’s not paying attention? Possibly, especially since she’s discovering there is more to life than . . . well, whatever it is she’s been doing all this time before the hero rode in on a menacing iron horse. 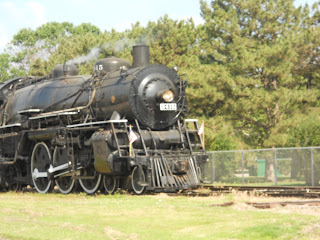 But, I think there has to be more. So what if it’s because she doesn’t want to risk someone or several someones to end up at the mercies of the villain?

I think I know what Dee would do, but I think I’ll mull over it one more night.

View all posts by Christina

Error: Twitter did not respond. Please wait a few minutes and refresh this page.