GRACE IS THE REASON FOR JOY TO THE WORLD 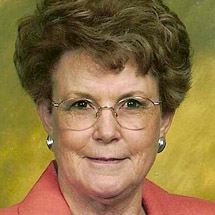 One of the most amazing testimonies of God’s grace is the redemption of John Newton from slave trader to composer of the beloved hymn, “Amazing Grace.”

How often do we sing it without thinking about the words “saved a wretch like me?”

A wretch? Perhaps a slave trader, but me? One definition of “wretch” is “a person of despicable or base character.”

I’ll never know what kind of person I would be without the Lord, however, and that began when He sent people who witnessed into my parents’ and seven siblings’ lives and led them to a personal relationship with Jesus. Because of these witnesses, I grew up in a wonderful Christian home and heard the Word.

Not everyone is so fortunate, but in many ways we’re all alike because the Bible says, “All have sinned” (Romans 3:23) and “There is none righteous, no, not one” (Romans 3:10).

Nevertheless, God’s grace and mercy was promised in the Garden right after Adam and Eve rebelled, disobeyed God, and ended up being mortal beings subject to pain, sickness and death. God promised a Redeemer to forgive their sin and give back the eternal life they lost. So even in Old Testament days, through faith (Hebrews 11), redemption was achieved because of the promised Redeemer.

But oh, how the world rejoiced when the babe was born in Bethlehem! Shepherds probably sang with the angels, “Glory to God in the highest, and on earth peace, goodwill to men.”

We sing about our Heavenly Father’s grace in the Christmas carol, “Joy to the World the Lord is come.” The fourth verse begins, “He rules the world with truth and grace.”

Many folks believe they can work their way into salvation, but we’re told, “Not by works of righteousness which we have done, but according to his mercy he saved us, by the washing of regeneration” (Titus 3:5).

Mercy. Grace. Words so similar, and so like God. David wrote, “He also brought me up out of a horrible pit, out of the miry clay, set my feet upon a rock and established my steps” (Psalm 40:2).

Although I accepted Christ as a child, I probably was in my late teens when the truth of Christ dying for me became intimately personal. I understood the Lord’s deep love for me—and for each of you as well. 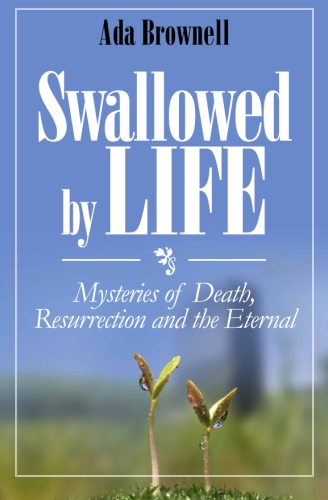 Ada Brownell is the author of Swallowed by Life, available in paperback and for Kindle http://amzn.to/Jnc1rW

Do you know you are more than a physical body? An award-winning medical and religion writer, Ada Brownell—through her research after the death of her daughter—shows why we have hope for eternal life, not only from a Christian point of view, but because of physical evidence.

Of her 17 years as a journalist, the author spent seven on the medical beat at The Pueblo Chieftain in Colorado, reporting on discoveries about the human genome, neurology, mental illness, cancer, disease prevention, treatments, medications, and more. She also is a religion writer.

View all posts by Christina

Error: Twitter did not respond. Please wait a few minutes and refresh this page.